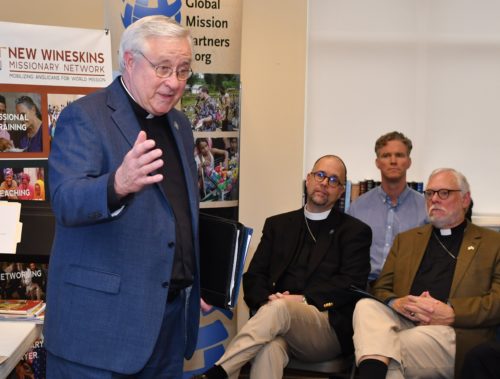 The Diocese of the South is requesting nomination suggestions from clergy and lay members of the Diocese, for several committee positions to be voted on at the 2019 Synod meeting in November.

“Every year, some members of the committees that administrate Anglican Diocese of the South have faithfully served their term and roll-off of their particular committee,” says Canon George Ivey, Chairman of the Nominating Committee. He calls it a “remarkable opportunity to serve on the diocesan level” and wants the people of the diocese, both clergy and lay, to know “what a privilege it is to serve on ADOTS governing committees.”

There are currently six committees that need new members, with a total of 15 positions open — and the Diocese would like to have multiple candidates so the Synod can have choices for election.

“As Chairman of the Nominating Committee, my object is to have a broad representation from ADOTS churches serving on these committees,” says Canon George. “We need seven clergy and eight lay people to be recommended for nomination preparatory for Synod, November 8-9.”

Nominations are suggestions for the Nominating Committee, which will then choose a slate from those recommended. It should be noted that nominations can only come from clergy and lay members within the Diocese of the South.

Recommendations must be submitted by September 15, and Canon George requests ADOTS clergy pray about who they will recommend and provide their information to him as soon as possible.

For a full list of the open committee positions, nomination forms and documents, and contact info for help, please visit the ADOTS Nominations Page.

Canon George thanks you for your assistance in this process!