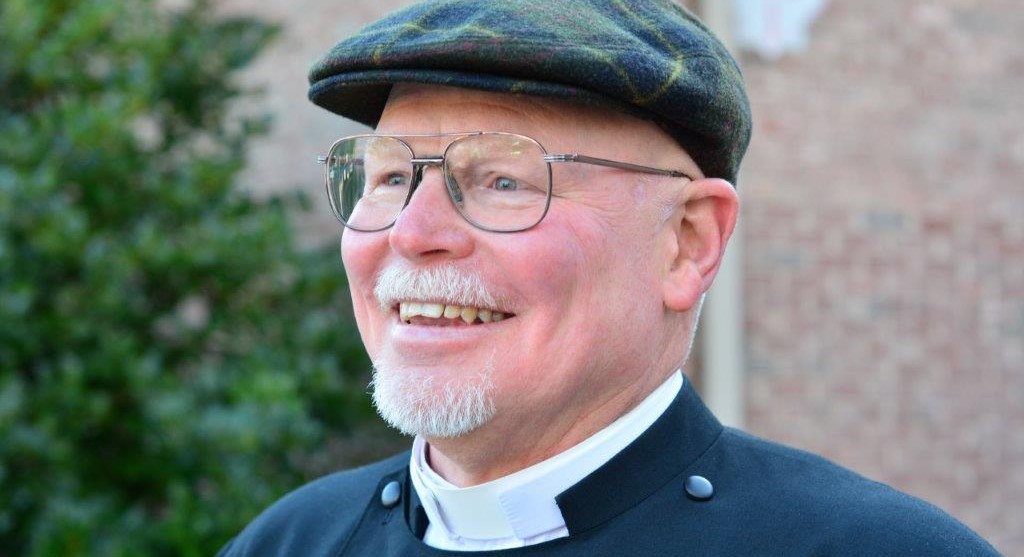 Submarines, Singapore, and the Gospel: ADOTS Celebrates the Ministry of Dr. Henry Baldwin

After nearly six years as the Dean of Holy Cross Cathedral in Loganville, GA, the Very Rev. Dr. Henry Baldwin will be retiring October 1. Through his extensive work in education and service as Rector at Holy Cross, his ministry has touched students all over the world and garnered him love and appreciation in ADOTS.

“To be entrusted with the responsibility to care for and shepherd His flock has been an incredible honor – and, at times, incredibly painful!” says Dr. Baldwin. “But when any Christian begins to give his or her life for the sake of the spiritual welfare of others – then they have the privilege of sharing in the life of Jesus himself. Sharing in that life is what makes our existence rich and meaningful even in the midst of the vicissitudes and tragedies which everybody faces.” 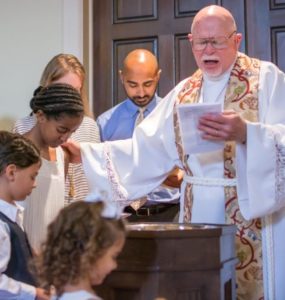 Dr. Henry says his journey in the faith likely started while still in the womb – being raised in a church-going family, and being named for the Presbyterian minister who led his grandfather to the Lord.

“Very early on I came to see ministers as examples to follow,” he says, adding that he knew in high school that he wanted to serve God, perhaps even as a pastor.

But there was one childhood experience that would resonate with him over the years.

“I remember being about 4 or 5, and we lived way high up in the Sierra mountains of California. My dad got our truck stuck on an old forest service road. We were all scared – but somehow, I was confident that God would get us out safely – and, of course, He did. Throughout my life I have had a sense that God was near me – but I haven’t always been sure how that would ‘play out’ or how best to respond to it.”

Not knowing how he would overcome his youth and inexperience in what he calls a “little cow town” in California, he applied to the U.S. Naval Academy in Annapolis, where the training of the “whole man” seemed to be the opportunity he needed. He became involved in Navigators, which had just begun a ministry to midshipmen there. His first naval assignment was on board a nuclear submarine, where he says he kept doing what the Navigators had taught him: sharing the Gospel and discipling men.

“By the end of my tour, there were seven or eight men who were standing up as believers onboard – and, in one way or another, I was their spiritual leader,” says Dr. Henry. 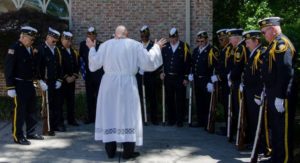 This led him to leave active service after Navigators asked him to continue discipling military men and women in the Norfolk, VA area. During his time in Norfolk, Dr. Henry met his wife Shirley at a Navigators conference.

“It took her a little while to warm up to a ‘wild and crazy’ Californian – and a sailor to boot! Fortunately, I was able to persuade her, and we were married in 1982,” he says. They promptly moved to Frankfurt, West Germany with Navigators to minister to military personnel at the many U.S. bases there. “Shirley is a trooper! She got married to me and ten days later was living in a country where we both had yet to learn the language.”

After moving back to the states for a Navigators position in West Point, NY, Dr. Henry attended seminary and later earned his Doctorate in New Testament Studies at Trinity Evangelical Divinity School. While there, Dr. Henry and Shirley were invited to join the staff at Singapore Bible College.

“After eight years of living in Singapore, I would still watch an incredible tropical thunderstorm come in and think, ‘Am I really here? Is this really happening?’” he says. Dr. Henry and Shirley’s son and daughter were essentially raised in Southeast Asia, with Shirley steering them through the “challenges and misadventures” of living overseas.

“She also has ministered side-by-side with me in discipling and caring for the people God has brought us in contact with. By my count she has served as an administrator and librarian at four different schools on three continents. For these last five years in pastoral ministry, she has been there with me every step, completely involved in parish life and care for others.”

Singapore is also where Dr. Henry first encountered Anglicanism, through a lecture at the college by Archbishop Moses Tay, Primate of South East Asia.

“There was this man in a purple shirt, with a large wooden pectoral cross, encouraging us to share the Gospel everywhere – on the street corners, on Orchard Road – everywhere,” he says. “All I could think was – This sure isn’t ‘my father’s Episcopalian’!”

In 2004, the Baldwins were asked to help with administration and teaching at Tyndale Theological Seminary in the Netherlands, serving Africans and Eastern Europeans. One of the first churches they attended was Christ Church Amsterdam, “and we have been Anglicans ever since.” For six years they lived and ministered in Amsterdam, while Dr. Henry completed Anglican-specific studies online. After returning to the States, he was ordained through the Anglican Province of Rwanda and became President and Dean of the Anglican School of Ministry.

“God’s Church is the single thread of continuity that weaves and wends its way through human history. Kingdoms rise and fall; great militaries have their day and then disappear; but God’s Church carries on and will carry on God’s purposes in the world until the moment Jesus returns,” Dr. Henry says. “To have had a tiny little part in building that church, to teach and train her leaders, to care and nurture her Sheep, is the best gift on the planet.”

“To encounter other cultures is to encounter one’s own limitations, to question why we do some of the ‘dumb things’ we do back home, and to realize other cultures may be experts in areas in which we are simply neophytes,” he says. “To be a leader or a teacher in cross-cultural situations forces one to go back to the Scriptures to understand afresh what is ‘bed-rock,’ what is love in action, and what is just baggage that doesn’t need to be exported from my homeland.” 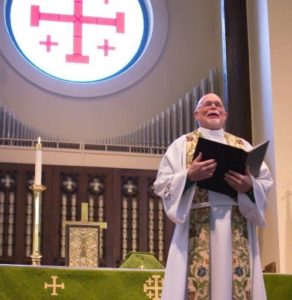 While Dr. Henry and Shirley are retiring, they still plan to make a contribution in a local nearby parish, and to continue helping develop leaders in the Church as doors open. And they’re scheduled to return to Amsterdam in spring 2019, with a “stint” for Dr. Henry as a visiting professor of New Testament at Tyndale Seminary there.

“Every place I have ever lived has its beauty, its good food, refreshing rains, awe-inspiring sunsets – and plenty of sin and human brokenness. I have had the privilege of being a guest among many other peoples. We, my family and I, have been the recipients of so much kindness and love from brothers and sisters of other races and cultures. But no place on earth is quite satisfying. Under all of it is the refrain from the Book of Hebrews:

13 These all died in faith, not having received the things promised, but having seen them and greeted them from afar, and having acknowledged that they were strangers and exiles on the earth. 14 For people who speak thus make it clear that they are seeking a homeland. 15 If they had been thinking of that land from which they had gone out, they would have had opportunity to return. 16 But as it is, they desire a better country, that is, a heavenly one. Therefore God is not ashamed to be called their God, for he has prepared for them a city. (Heb. 11:13-16)”