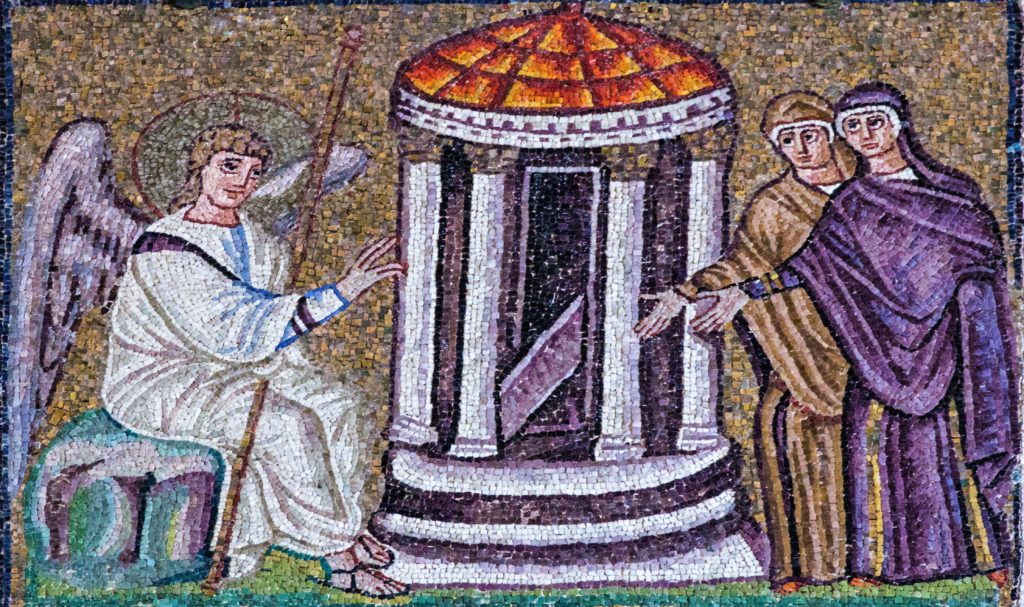 St. Matthew and the Risen Jesus

“If the coming into existence of the Nazarenes, a phenomenon undeniably attested by the New Testament, rips a great hole in history, a hole of the size and shape of the Resurrection, what does the secular historian propose to stop it up with?”
– C.F.D. Moule, Anglican priest, theologian, Lady Margaret’s Prof. of Divinity at Cambridge University

As I am writing, I have learned that the famous physicist, Stephen Hawking has just died at his home in Cambridge, England. He had a brilliant scientific mind, and his research focused on the deep complexities of cosmology. He will be remembered for advancing a new model of Einstein’s General Theory of Relativity, showing that space and time are infinite. But, Hawking will also remain infamous for saying, “I regard the brain as a computer which will stop working when its components fail. There is no heaven or afterlife for broken down computers; that is a fairy story for people afraid of the dark.”

I submit to all skeptics: it would be better to believe in the reality of the resurrection, because it is the best hopeful link that God has given us to a beautiful afterlife. Matthew, the First Evangelist, did not use scientific prose or include proofs to demonstrate the resurrection as Hawking and other skeptics would prefer. He gave his faith-filled readers something much greater: the historical testimony of certain resurrection witnesses, and symbolic language pointing to historical reality that demonstrates the most supreme, divine, benevolent power.

The resurrection of Jesus Christ from the dead is the central event and awakening of Christian faith. The Son of God’s resurrection did not occur in a vacuum, but is charged with theological, historical, sociocultural, and religiopolitical contexts, which provide the necessary clues for the significance of his resurrection. To continue the above quote from C.F.D. Moule: “The birth and rapid rise of the Christian Church… remain an unsolved enigma for any historian who refuses to take seriously the only explanation offered by the church itself.”

Rightly, Christ’s resurrection dominates our worship. St. Augustine states, “The resurrection of Christ was God’s supreme and wholly marvelous work.” Thus, we the Church have set aside eight straight days of worship to read and proclaim the resurrection narratives, from Easter Sunday to the Second Sunday of Easter. We explore each of the four Gospels’ beautiful resurrection accounts as they each relate to us. The Church, through the Holy Spirit’s direction, prefers four separate Gospel accounts, not one harmonized account. Let’s briefly reflect upon several unique, powerful elements in the First Evangelist’s account (Matthew 28:1-10), which help to form the most dramatic report of the Gospels. 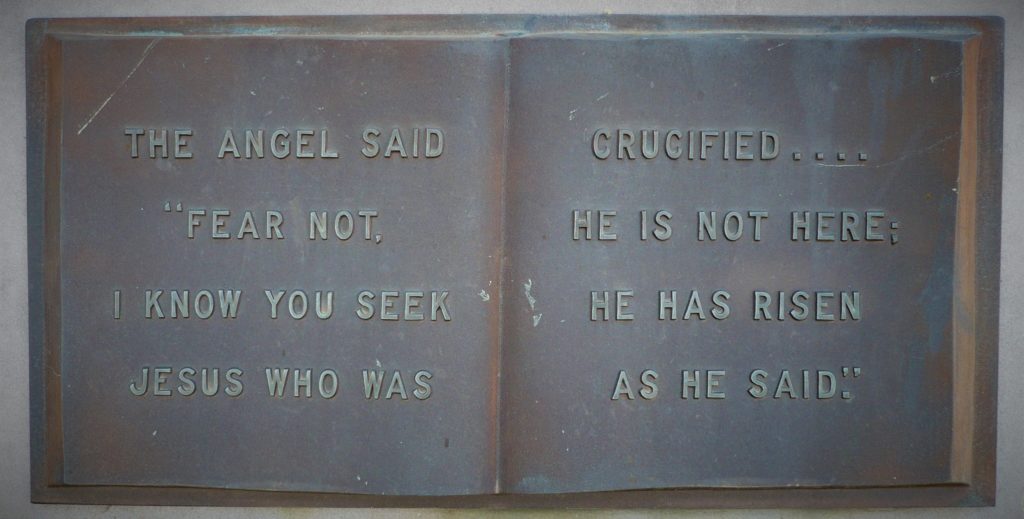 First, Matthew’s resurrection account includes an earthquake (28:2) that corresponds to the earth shaking at the crucifixion (27:51, 54). Considering Matthew’s fondness to validate gospel truth by noting the fulfillment of Old Testament texts and comparing Jesus with Moses, the first readers would have picked up on the fact that the earth, and Mt. Sinai in particular, are said to have quaked before the awesome presence of Yahweh (Exod. 19:18; Ps 68:8). The resurrection contains an even more powerful divine presence among human beings. Yet, without prior beliefs in Yahweh’s previous powerful revelation, Matthew would be unable to substantiate his resurrection claims.

Second, similar to the earthquake occurrence, the appearance of the angel (28:2) is a harbinger of Jesus’ resurrected appearances (28:9-10, 17-20). Through this detail, Matthew alerts his readers to another divine power source, as angels often emerged at peak moments of God’s purposes forming a lengthy Jewish tradition. Moreover, the evangelist supplies the details that the angel belongs to or is controlled by the Lord and comes down out of heaven. Matthew is stockpiling conveyances that God is at work and in a most powerful way in the resurrection of his Son. His use of “heaven” is a unique Matthean roundabout way of saying “God.” Thus, he predominantly writes of the “kingdom of heaven” in his Gospel, not the “kingdom of God” as do the other Gospel writers and Paul.

Third, Matthew describes the angel’s appearance was like lightning and his clothing white as snow. The evangelist’s only other use of “lightning” is Matthew 24, where Jesus states that his appearance as the Son of Man will look like lightning when he comes again (24:27).  Moreover, the first Jewish readers would have picked up on the fact that lightning was present at Mt. Sinai with the awesome presence of Yahweh (Exod. 19:16). The use of lightning within this empty tomb account offers yet another way of describing the divine power present at the resurrection.

As for the angel’s snowy white clothing, the only other place Matthew uses such language is at the transfiguration of Jesus in chapter 17. There, Jesus’ clothes are dazzling, brilliant white. Virtually all orthodox Christians agree that the transfiguration is the main precursor of the resurrection. Thus, Matthew alerts us by the clothing of the angel that the resurrection of the Son of God has just occurred.

The ‘Irreversible Aliveness’ of Jesus

Therefore, in a highly Jewish manner, these three details depict God’s mighty and powerful revelation in and through the resurrection. From Matthew’s perspective, there is no hint of a naturalistic rationale for the empty tomb. And yet, so many people have been duped into this manner of thinking about the resurrection of the first human being. To quote Moule again, “The truth of Christianity is established in the resurrection; the absolute and irreversible aliveness of Jesus here revealed is the one thing that matters, let the Church be never so dead or erring.”

← Who are the Refugees and How Can We Help Them? An Interview with Canon Greg
Welcoming the Stranger: Visitors and Newcomers →