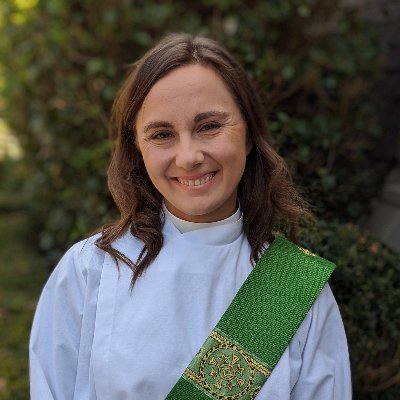 By Dcn. Rebecca Henderson, a Licensed Master Social Worker and ordained deacon in the Diocese of the South. She lives in Birmingham, AL where she works as a sexual assault counselor. Dcn. Rebecca serves on the ADOTS Sexual Misconduct Advisory Committee, which works to review policies and procedures surrounding sexual abuse and harassment.

September is National Suicide Prevention Month and is a time to both remember those who have lost someone to suicide and also to work towards preventing it in our community and in our churches. Even today, suicide can feel like a taboo topic and one that is not discussed openly — however, remaining silent and not bringing light to the darkness is a major failing of our call as Christ’s ambassadors and ones who have the hope of the Gospel. And, with social distancing, economic hardship, disconnection from worshiping and faith communities, and the overall uncertainties and anxieties related to COVID-19, the topic of suicide is even more pressing.

What Contributes to Suicidal Ideation?

While there is no single reason for suicide, the American Foundation for Suicide Prevention states, “Suicide most often occurs when stressors and health issues converge to create an experience of hopelessness and despair.” As someone whose job has shifted to assisting with answering my organization’s crisis and suicide hotline, I’ve come face-to-face with the struggles that many are facing and the numerous reasons people think of suicide — it can be the loss of a loved one, financial strain, maladaptive thinking patterns shaped by mental health struggles, chronic pain, and beliefs that the world is better off without the person, or something else. While many times suicide is described as the ultimate selfish act, for those who struggle with those thoughts, they may believe that this would actually be the best thing for those in their life or as the only way out of a pit of despair.

Just like the reasons for suicide are numerous and complex, the warnings signs that a person is thinking of suicide can also vary. A person’s mental health and history can increase their risk of suicide. While a previous attempt or battle with a mental illness does not mean a person will attempt suicide again, it does increase their risk. Being aware of a person’s previous history, their mental health, and their environment (do they have a support system, access to means of attempting suicide, etc.) is crucial to assessing both vulnerability and risk of suicide.

Warning signs of suicide include a person’s speech, behavior, and emotional state. A person who talks about killing themselves, feeling hopeless or unbearable pain, or feeling trapped may be thinking of suicide. Other signs of suicidal ideation or plans include giving away items, isolating and withdrawing from others, increased use of substances, and change in eating or sleeping patterns.

If you notice these things or other patterns of behavior that seem like warning signs, the best way to know is to simply ask. It is okay to ask a person, “Are you thinking about suicide?” Many times when I share this with people, they are afraid that by asking the question that they are “putting the idea of suicide” into a person’s head. The truth is that this is not how suicide works. A simple question cannot implant the idea of suicide — even when we don’t speak about it, people know about suicide, including children and young adults.

Rather, by asking this question in a nonjudgmental and open way, you are giving the person opportunity to be honest about their thoughts — whether they are suicidal or not. I also encourage people to say, “Are you thinking about suicide?” vs. “You’re not thinking about suicide, are you?” The former wants an honest answer and is open to “yes” being that answer — while the latter is looking for the answer “no.” If they answer yes, try to understand how they got to feeling this way before offering advice (unless they are at immediate risk, i.e. have the means of suicide readily available). Feeling understood and heard are important ways of helping a person feel less alone and less ashamed of their struggle.

It is also important to not take a person’s threat of suicide lightly. I have spoken to many parents, friends, and spouses who say, “I think they just want attention.” This dismissive attitude can be deadly. Any threats of suicide should be taken seriously.

How to Support Those Struggling with Suicide

When a person shares that they are struggling with suicide, it is important to support them and also help create a plan to keep them safe. If they are at immediate risk to themselves or someone else, you may want to accompany them to an Emergency Room so they can get immediate psychiatric help. If not, coming up with a safety plan can be extremely helpful.

A safety plan can include things like securing things they may use to attempt suicide (guns, knives, pills, etc.) with a trusted person. It can include having a trusted person check in with them or go with them to psychiatric or counseling appointments and having someone pray with and for them as they navigate the mental health system. It also can include finding things that bring them life and joy to help support them as they struggle and by encouraging them to open up to trusted family and friends so they don’t struggle alone.

For more information, visit the American Foundation for Suicide Prevention at afsp.org.

Also check out your local crisis center to see if they have in-depth suicide prevention or education programs. For example, the Birmingham Crisis Center offers training for free from time-to-time to anyone in the community.