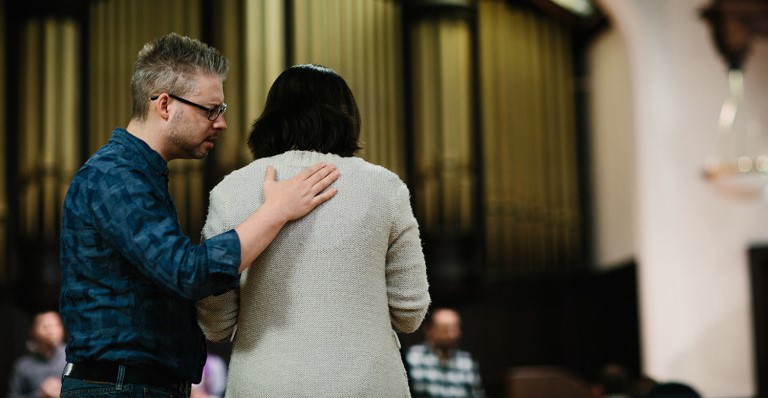 Tallahassee to host healing prayer training, dates to be decided

If you were unable to make it to the Provincial Assembly this year, one of its most well-attended subconferences will now be taking its training around the country. ‘Equipped to Heal’ was attended by over 400 people at Assembly 2017, sharing the tools to help every Christian pray for one another and bear each other’s burdens. Since then, its leaders in the Greenhouse Movement – who are under the authority of the ACNA – have been invited to numerous cities and dioceses to share this necessary training in healing prayer.

“I was surprised by the interest and energy everyone shared around the vision of gathering together all the healing ministries and healing ministers from around the Province,” says Fr. Keith Hartsell, leader of Equipped to Heal and Chicagoland Regional Leader for the Greenhouse Movement. “Everyone seemed enthusiastic to be the next generation of healing leaders working together to equip the church to minister the healing presence of Jesus into the broken lives of those we are called to evangelize.”

During one session at Assembly, everyone shared how they had received healing from the last and current generation of leaders of healing prayer.

“We had people who had been ministered to directly by Agnes Sanford, Leanne Payne, Francis and Judith MacNutt, Andy Comiskey, Nigel Mumford, Vina Sweetman, and John Wimber. What a legacy!” says Fr. Keith. “And we felt compelled to turn to the next generation, the younger leaders and to share this inheritance that has been passed down by the Holy Spirit and described in the Word of God.”

Equipped to Heal now has eight public training conferences planned around the country in the next nine months, the first coming up in Chicagoland October 19-21. The closest training for many in the Diocese of the South may be one planned for Tallahassee, date yet to be decided. Sessions will include prayer surrounding anxiety, sexuality, healing our imaginations, following the Holy Spirit, and more.

“Through the teachings and through the prayers of others, He spoke to me of His love in a way that I couldn’t receive before,” wrote one anonymous attendee of the 2015 Equipped to Heal conference. “That weekend began a journey of healing that has carried me to this day, a journey of discovering the One who loved me into being.”

Register here for the Chicagoland conference and to check out nearby lodging and pricing info, or visit the Equipped to Heal page to find out more about the sessions and leaders. Late pricing begins October 5. The cities and dates for the other upcoming conferences are below, so you or a team from your parish can plan a trip to receive training in this life-giving ministry.