Live into the Legacy of Saint Patrick, ‘Apostle of Ireland’ 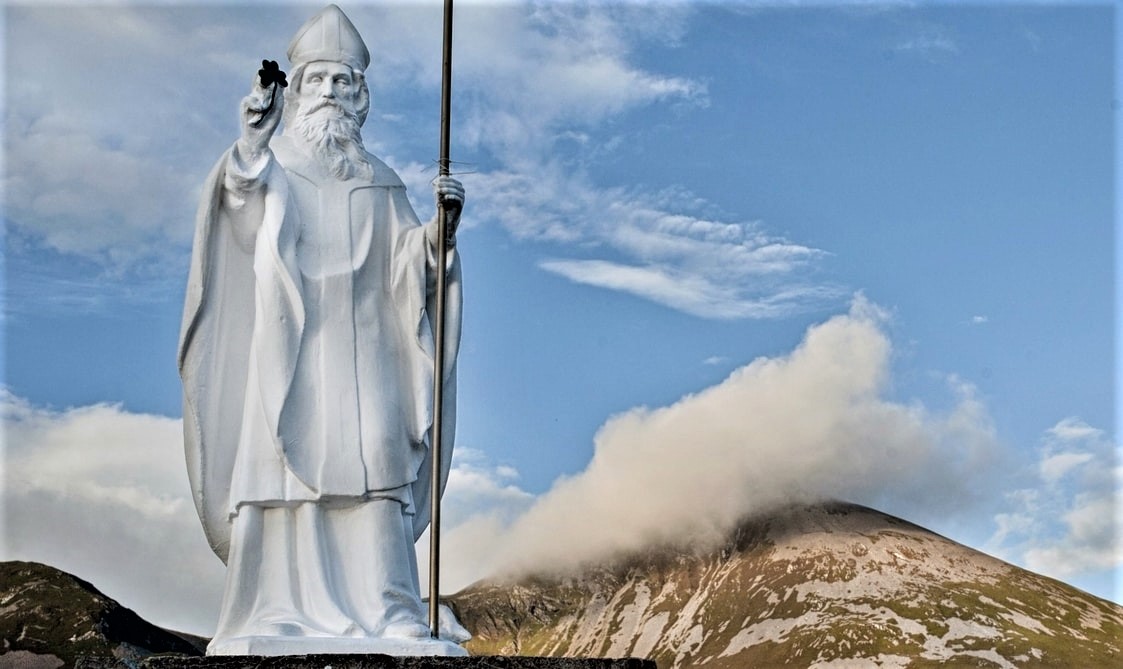 Statue of St. Patrick at the footstep of Croagh Patrick, Co. Mayo, Ireland

What sticks out in your mind when you think of St. Patrick’s Day? I think of the color green, shamrocks, corned beef and cabbage, and for my inner child, Lucky Charms cereal. It turns out that for me, and for many of whom I’ve asked the same question, St. Patrick himself plays a very minor role in the celebrations that take place on his feast day. That being the case, let’s take a brief look at the life and mission of St. Patrick.

St. Patrick’s Call, in His Own Words 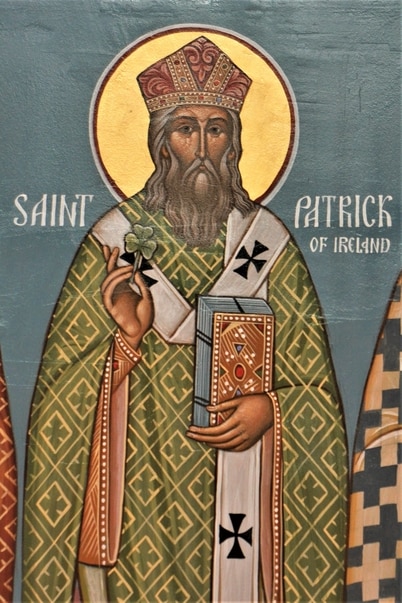 Tradition tells us that he was born in Roman Britain and in his work St. Patrick’s Confessio, or The Confession of St. Patrick, he tells us himself that he was the son of a Deacon and grandson of a Priest. He goes on to say that he was kidnapped at the age of 16 by Irish pirates and was sold into slavery in Ireland where he remained for the next six years. During this time Patrick came to develop a strong faith in Jesus Christ, and at the end of those six years of captivity he heard a voice telling him to go to the coast and look for a ship which will take him home. After heeding that call and persuading the owner of a ship to let him aboard, Patrick arrived back home among his family in Roman Britain where he continued to grow in faith and began studying Christianity.

A few years after Patrick returned home, he was given a vision urging him to return to the people of Ireland. In his own words from his Confessio:

“A few years later I was again with my parents in Britain. They welcomed me as a son, and they pleaded with me that, after all the many tribulations I had undergone, I should never leave them again. It was while I was there that I saw, in a vision in the night, a man whose name was Victoricus coming as it were from Ireland with so many letters they could not be counted. He gave me one of these, and I read the beginning of the letter, the voice of the Irish people. While I was reading out the beginning of the letter, I thought I heard at that moment the voice of those who were beside the wood of Voclut, near the western sea. They called out as it were with one voice: ‘We beg you, holy boy, to come and walk again among us.’ This touched my heart deeply, and I could not read any further; I woke up then. Thanks be to God, after many years the Lord granted them what they were calling for.”

After returning to Ireland as a missionary we know that Patrick had a fruitful ministry, a ministry that is still bearing fruit to this very day. Many churches still in existence are attributed to his discipleship and church planting. There have been countless volumes written about St. Patrick, the man and the legend. His Confessio is available for free online and I encourage you to read and study his life and ministry.

This St. Patrick’s Day, I want to encourage you to shift your focus from parties and secular revelry and remember that the call that St. Patrick heard is alive and well today. Our world is in desperate need of salvation. In my lifetime I have never seen so many people searching for hope, meaning, and mercy. We are surrounded on every side by a ministry field that is ripe and ready for the harvest.

At St. Patrick’s we strive to answer that call by being a church that exists to invite, train, and send. Our world has had its fill of cultural Christianity. It’s time that we as believers hear the call to “come and walk among us.” Pray to God that you may grow in your faith. Desire to follow Jesus by forsaking the things of this world and devoting yourself wholly to Him. Listen for the Holy Spirit and be ready to move at His urging. Follow in the footsteps of St. Patrick and be a believer that grows disciples who grow disciples.

Remember Again Our Heroes and Saints, with Fr. Michael Fry

← Practice Both ‘Giving Up’ and ‘Giving To’ during Lent